John Monsam is a NASCAR Camping World Series crew chief. While he has limited experience in the Sprint Cup and Nationwide Series, he has 8 wins in 14 seasons. He also has 2 wins in the ARCA Bondo/Mar-Hyde Series. His most impressive season came while he was the crew chief for Mike Bliss in 2002 when they won the Craftsman Truck Series Championship, with 5 wins, 13 top 5’s and 18 top 10’s. In 2003, Jon Wood took over for Mike Bliss and they had two wins, 10 top 5’s, and 20 top 10’s. They wound up finishing 5th in the points standings.

Starting at the 2003 O’Reilly Auto Parts 250 at Kansas, Jon Wood picked up Bob Graham’s Presidential bid as a sponsor. This lasted until the 2003 Advance Auto Parts 200 at Martinsville on October 18, almost two weeks after he dropped his bid for the Presidential ballot in 2004. Monsam wore this firesuit, since the threat of fire on pit road is great, and fire does not care who you are.

I’ve complained about politics in racing before, and that complaint is still valid. But as a collector, and a researcher, I don’t pass up something like this. A race-used crew chief suit is not easy to come by. So I will discuss its traits like I would a driver suit. It is a single-layer suit, SFI certified.

The chest has a CRAFTSMAN TRUCK SERIES, FORD, and ROUSH RACING logos on the right side 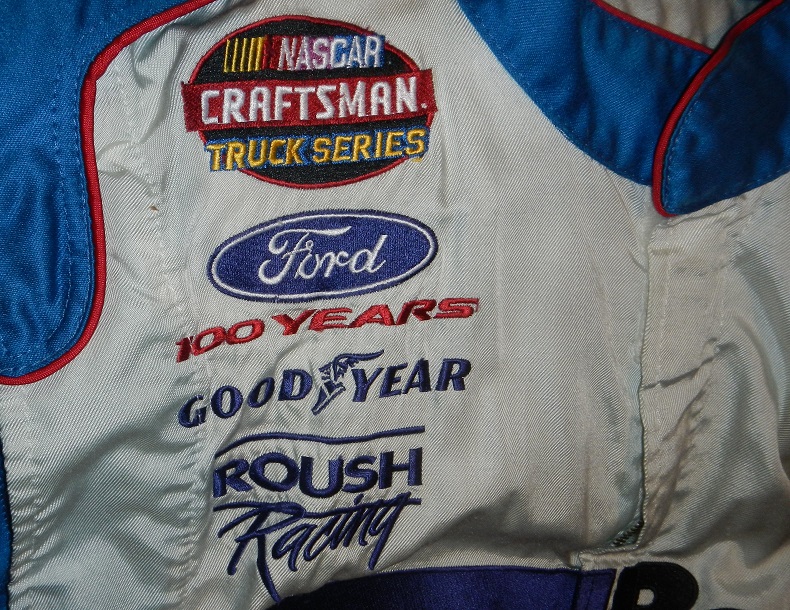 , and a WILDERNESS FOUNDATION logo on the left chest.

The torso has BOB GRAHAM RACING TEAM sewn into it.

It has full arm gussets, no design on the shoulder epaulets, and has no television logos. 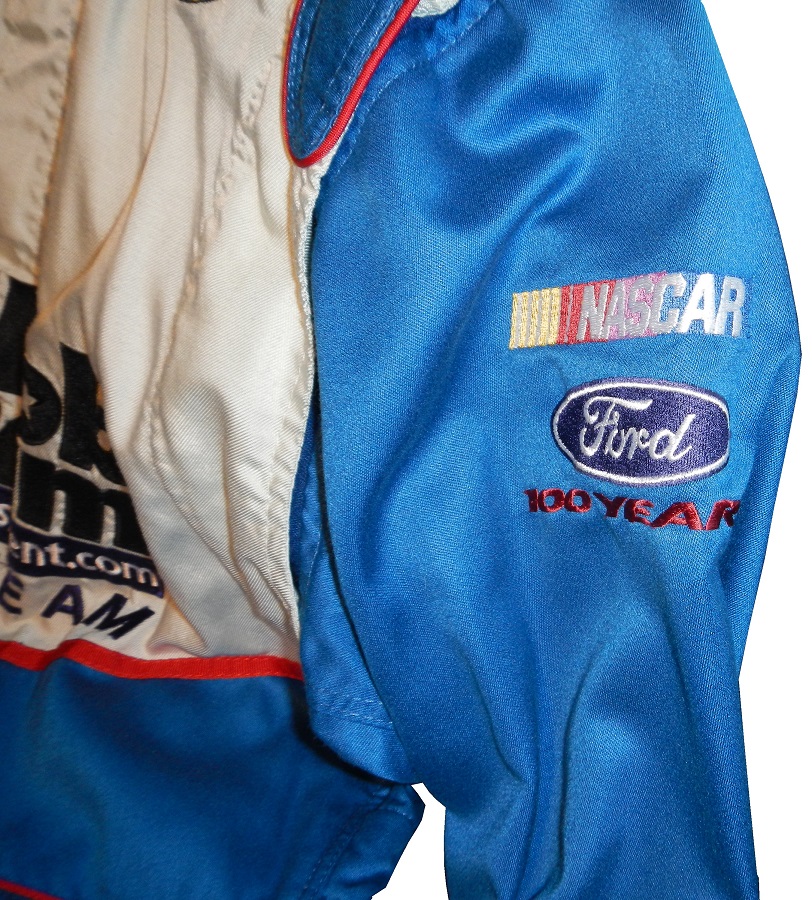 Monsam’s name is on the belt, but on the back as opposed to the front.

On the back is a JR’S GARAGE logo, WWW.ROUSHRACING.COM, and the same BOB GRAHAM’S RACING TEAM logo that is on the front.