When it comes to these vests, I’m not going in any particular order. I’m just picking the vests I’m going to feature. It should be noted that this is a 13 part series. For today’s installment, I am going to focus on a part-time Truck Series vest sponsored by a tasty adult beverage.

It’s no secret that racing fans love to drink. Beer is heavily sold at race tracks, and liquor companies will sponsor racing events and cars. Founded in 1999, Mikes Hard Lemonade is a lemonade flavored malt beverage with 5% ABV. It is much sweeter than beer, and on a hot day, I have to admit, it’s very refreshing.

Mike’s Hard Lemonade is a subsidiary of Mark Anthony Group Inc. of Vancouver, B.C., Canada, and when they first joined NASCAR in 2011 as a sponsor, they stayed with Canadian driver Steve Aprin who had raced with Bill Venturini Racing where in 2010 in the ARCA Racing Series Presented by Menards, he had three wins, two of which came with Mike’s as a sponsor.

The vest shows light wear, not surprising for a vest worn for 5 races.

The collar is unadorned and there is no cowl tag present. 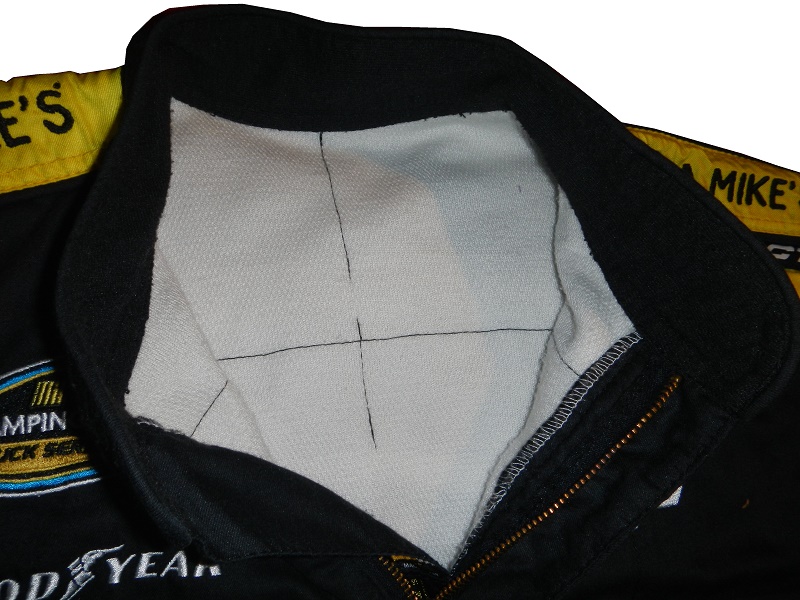 The right chest features a CAMPING WORLD TRUCK SERIES logo and a GOODYEAR logo embroidered into it.

The left chest features a TURNER MOTORSPORTS and a CHEVY logo embroidered into it.

The front torso has a large MIKE’S HARD LEMONADE logo embroidered into it.

The Impact warranty label, and what I’m going to call the “identity label” are present inside the zipper. The identity label states that this vest was issued to “Griffin” and was made on 05-17-11, a month before Arpin’s first race.

There is a small black stain on the front-right, just below the big Mike’s logo. 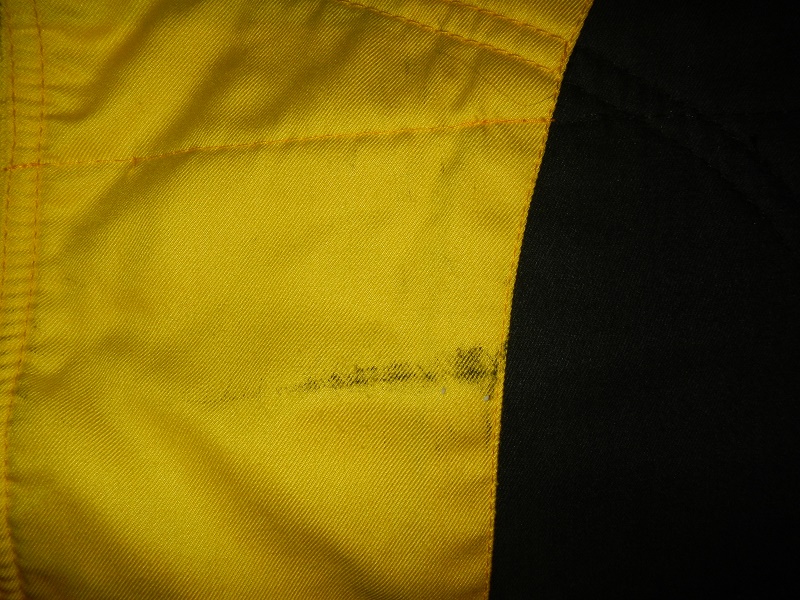 The standard Impact hem straps are present on this suit.

The shoulder epaulets have MAKE IT MIKE’S embroidered into them, an Impact logo is below that, and the standard vest sleeve holes are present as well. 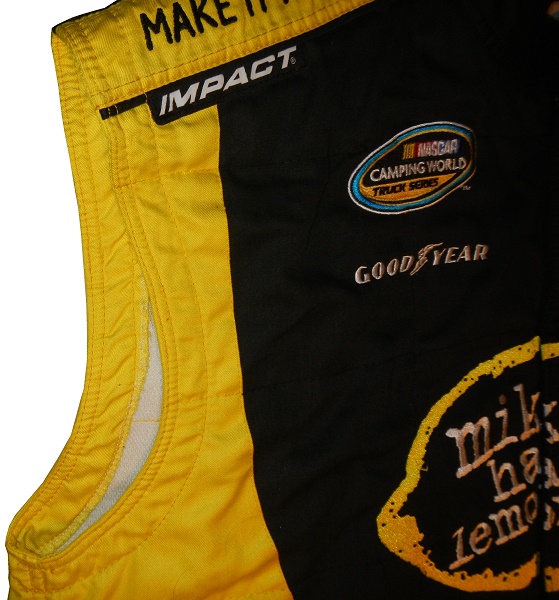 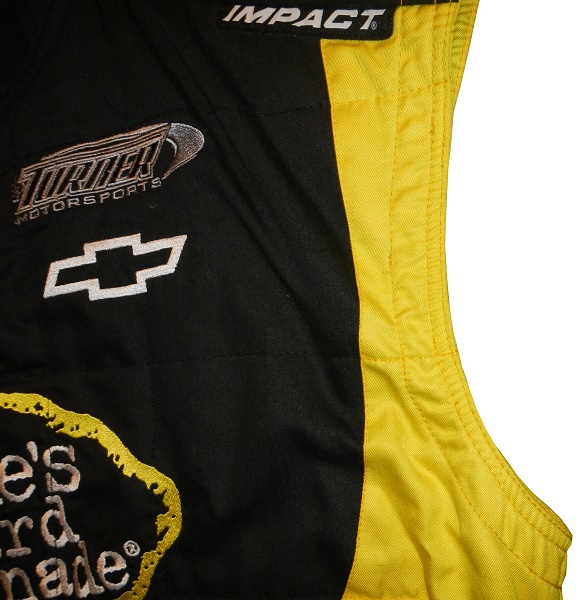 The back of the vest doesn’t show much wear.

The back of the neck is unadorned, but just below that is MIKESHARD.COM embroidered just above the larger MIKES HARD LEMONAD logo on the back torso. The back logo is slightly higher than the front logo. 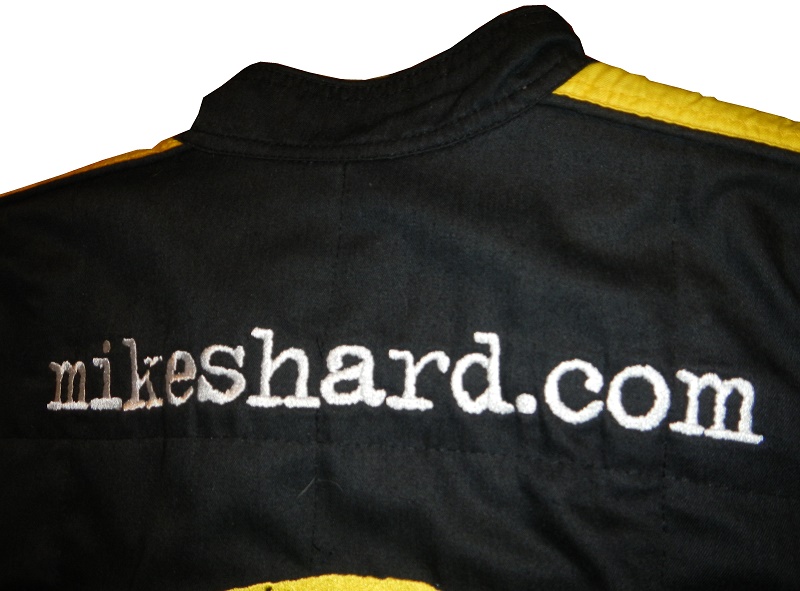 One thing I’ve noticed about Turner and Turner-Scott vests is that the drivers will wear whatever suit manufacturer they choose, but for the most part, the crew wear Impact or Simpson vests. We will examine antother Simpson suit worn by Miguel Paludo’s crew next Friday Feature.