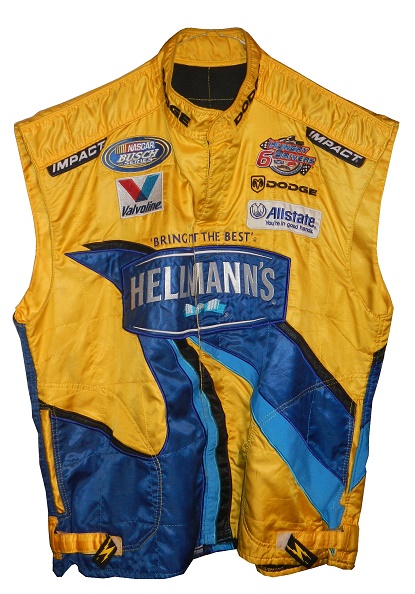 [Editor’s Note: I will be on vacation for all of July. I will continue the Vest Project as the Friday Feature while I’m away, as well as videos and Throwback Thursday. Once I get back in August, I’ll do My Thoughts on, and update the Paint Scheme Tracker and Grades.]

Marketing can be hit or miss. Some marketing ideas might seem great, but backfire horrible. Some marketing ideas might seem horrible and work well. Sometimes marketing ideas work, and sometimes they don’t. Auto racing is a good strategy for marketing, because it brings in more people, and gives you a great promotional tool, which can bring in revenue. Your car can be made into a die cast, and sold, which will bring revenue, along with t-shirts, hats, coozies, and other such track souvenirs. Your driver will promote you while racing for the checkered flag.

While auto racing might seem like a top hit, sometimes a marketing idea comes along that just takes a great promotional tool, and takes it down to to a horrible one. The 1957 Chevy nonsense is a great example. Another good example that a lot fewer people remember is the 6 Hungry Drivers nonsense from 2005.

For those who don’t remember, from 1992 to 1999, Ray Evernham was Jeff Gordon’s crew chief at Hendrick Motorsports. They had previously worked together at Bill Davis Racing, even though the team hated Evernham. When Jeff Gordon joined Hendrick, Evernham joined him. Together, they won 47 of Jeff’s 93 wins, and 3 of his 4 Sprint Cup Championships. This partnership ended in 1999, when Evernham left Hendrick to pursue his own team, Evernham Motorsports.

Evernham Motorsports was actually a pretty decent on-track success, with 13 Sprint Cup Wins, 66 top 5’s, and 123 top 10’s. In the Xfinity Series, they had 5 wins, 13 top 5’s and 28 top 10’s. In 2005, they were sponsored by Unilever’s brand line, which includes Ragu, Country Crock Spread, Lipton Tea, and, of course, Hellmann’s Mayonnaise. Many of these sponsors were on car #6, and there were 6 different drivers who raced under this sponsorship, Paul Wolfe, Jeremy Mayfield, Mike Wallace, Kasey Kahne, Erin Crocker, and Bill Elliott. For this line of sponsorship, Someone came up with the bright idea to have “6 Hungry Drivers” as the slogan for this group of drivers.

There is no better way to say that a team isn’t going to do well than saying “We have six different drivers who are hungry, since they haven’t found any on-track success at all, so don’t expect a lot from us” than using 6 Hungry Drivers. Of those six, Mike Wallace had a top 5, and two top 10’s, Paul Wolfe found a top 10, as did Jeremy Mayfield. The star standout was Kasey Kahne, who was really hungry, earning a win, three top 5’s and three top 10’s. Granted that not all of them came for the #6, but he really was hungry. For the races that these six drivers raced, this Hellmann’s Mayonnaise vest was produced.

The vest itself shows some use, albeit light use.

The collar has black DODGE logos on the yellow material. I’ve also noticed the black internal material which I haven’t seen that much in racing suits. 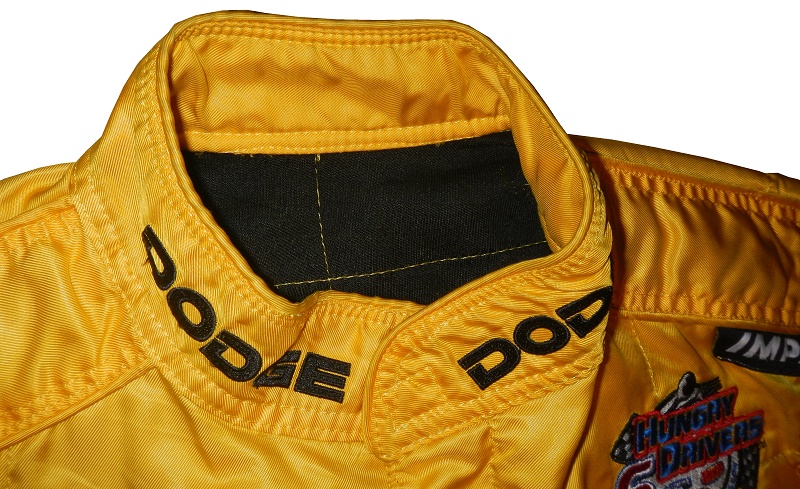 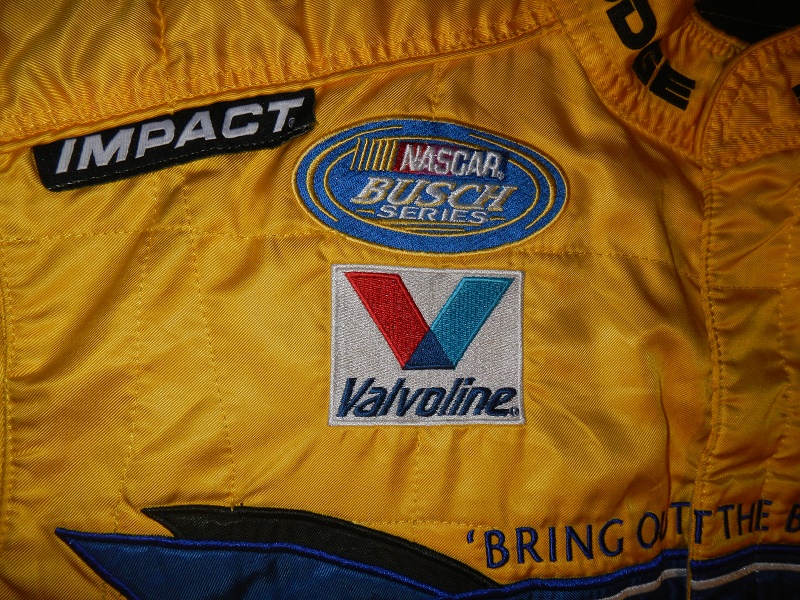 On the left chest, 6 HUNGRY DRIVERS, DODGE, and ALLSTATE INSURANCE logos have been placed. 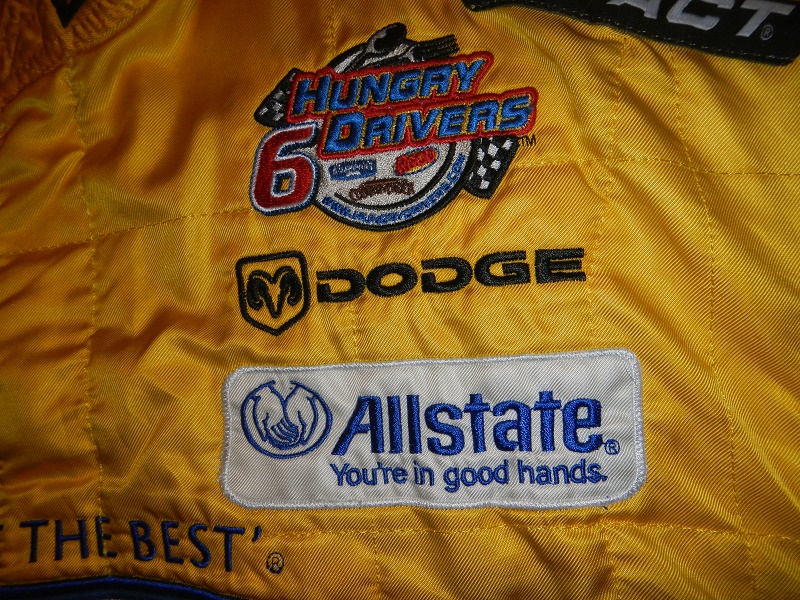 A large HELLMANN’S logo is present on the front torso, along with some odd blue striping.

The Simpson warranty label is present inside the vest, behind the main logo, next to the zipper. There is an identification label, but that is in a different location. 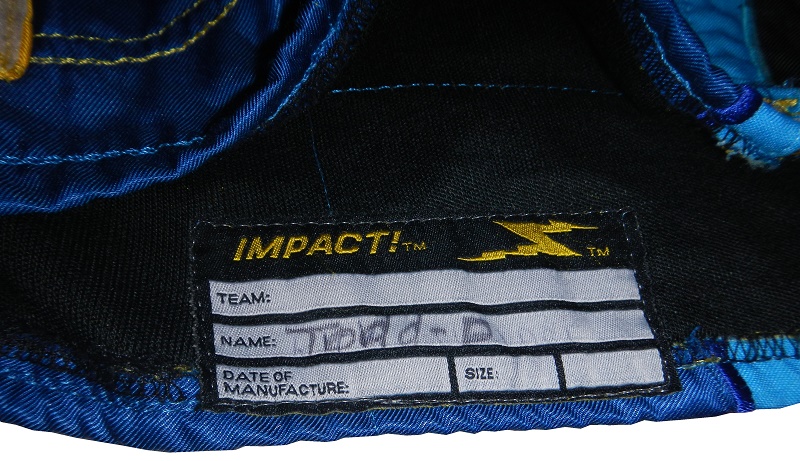 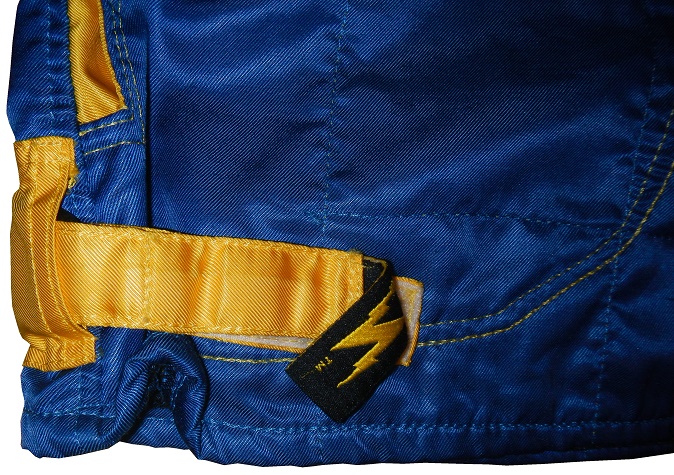 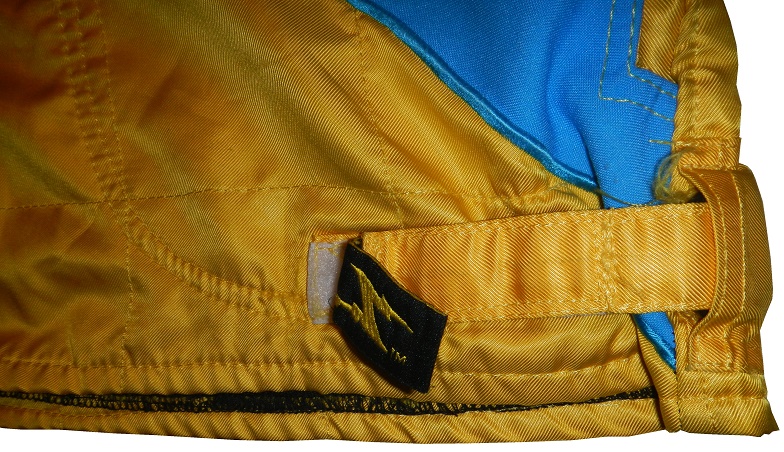 Also unlike later models there is an identity tag…in the tail, as opposed to next to the warranty label. The name TOOD D is written in Sharpie, but no date has been written.

The shoulders have yellow epaulets, which are unadorned. The standard vest sleeve-holes are present as well. 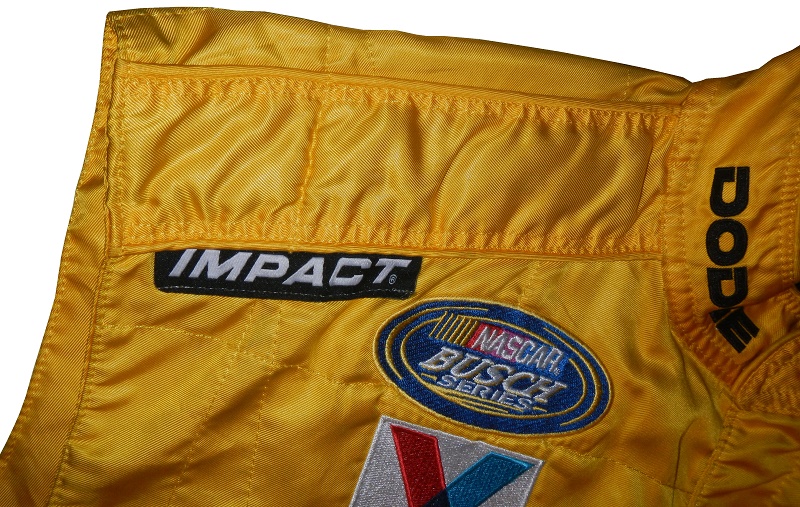 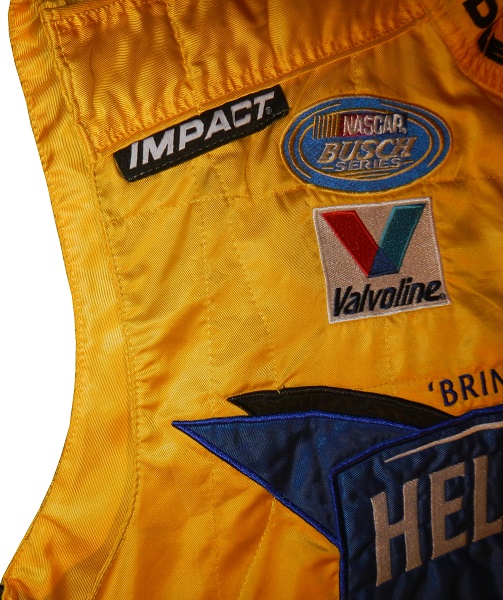 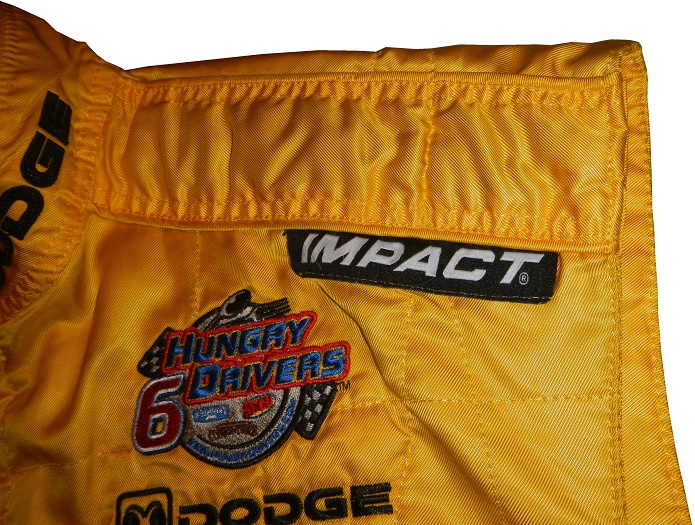 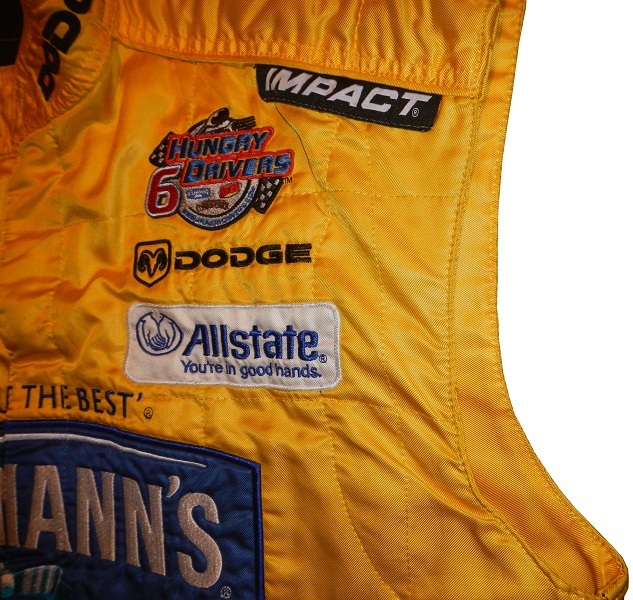 The back of the vest shows some light wear. 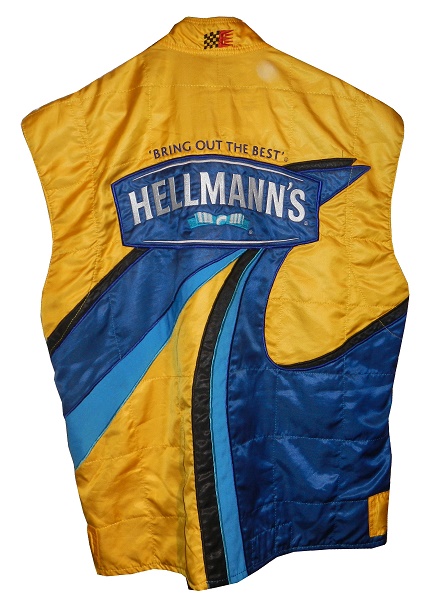 The back of the neck sports an Evernham Motorsports logo. 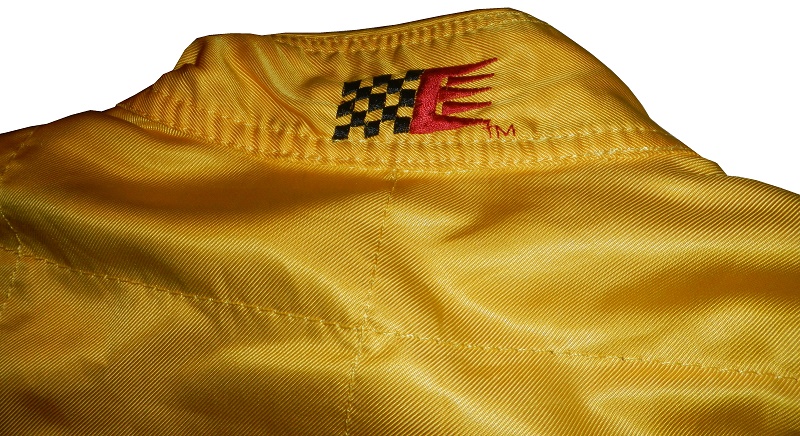 The back logo features a HELLMANN’S logo, along with the same odd blue stripe, though in reverse.

Next week, I return from my vacation, I will bring back My Thoughts On, the Paint Scheme Grades and the Paint Scheme Tracker.  Also we will look at a vest from the true definition of a home-grown team