Walter Payton will always be known as one of the best running backs in the history of the NFL. The former holder of the records for most rushing yards, attempts, touchdowns, and yards from scrimmage, as well as the holder for most starts by a running back, Payton was a top shelf running back, who loved the sport. In 1985, he was a part of the famed Chicago Bears who would go on to win Super Bowl XX in 1986. In 1999, Payton announced that he had Primary sclerosing cholangitis

, which led to his cholangiocarcinoma, which was called to his death on November 1, 1999.

While Walter Payton was a great football player, he was also a great businessman. In 1988, Payton and a group of investors purchased the old Chicago, Burlington, & Quincy Roundhouse and Locomotive Shop in Aurora, and turned it into a restaurant and brew pub called “Walter Payton Roundhouse.” Payton was also wanted to bring an NFL team to St. Louis, and become the first minority owner in the NFL, but lost out to Jacksonville and Charlotte.

A lot of people didn’t realize, but Payton was also involved in auto racing. He was known for racing Trans Am races, including one at Road America where he was involved in a scary crash, and suffered burns. When Chicago-area driver Dale Coyne needed financial backing for a racing team, Payton helped him as an investor.

Founded in 1984, Dale Coyne Racing saw Dale Coyne as the driver racing a series of different chassis, with little success. As the team struggled, Walter Payton came on board as an investor in 1988. Coyne stepped out of the car as a driver in 1989, and began to work with young driving talent, proving himself to be a good racing coach. In total, the team has had 4 wins, and a decent amount of success.

and driven by by Éric Bachelart, Buddy Lazier, Ross Bentley, and Franck Fréon. The #34 Ford was sponsored by Mi-Jack and was driven by Alessandro Zampedri. The #19 scored a top 10, while the #34 scored three top 10’s. During that season, one #19 crew member wore this AGFA suit.

The collar has a Velcro-closure, with AGFA-FILM logo embroidered into it. 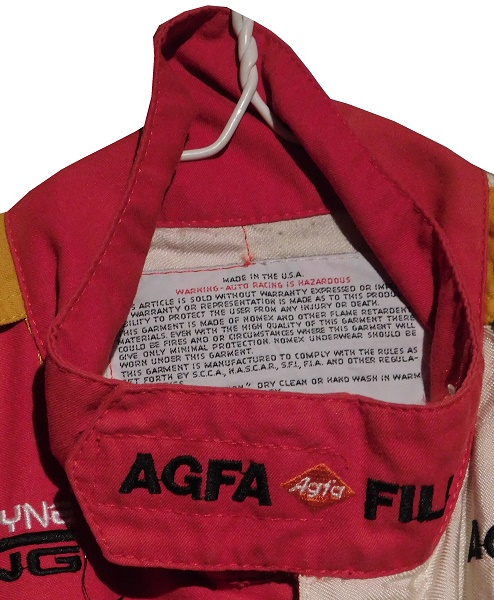 The standard Simpson warranty label is sewn into the cowl, and a 5/95 flag tag is present, indicating the date of manufacture.

The right chest features a PAYTON COYNE RACING logo, a PPG logo, and an INDYCAR RACING logo embroidered into it. 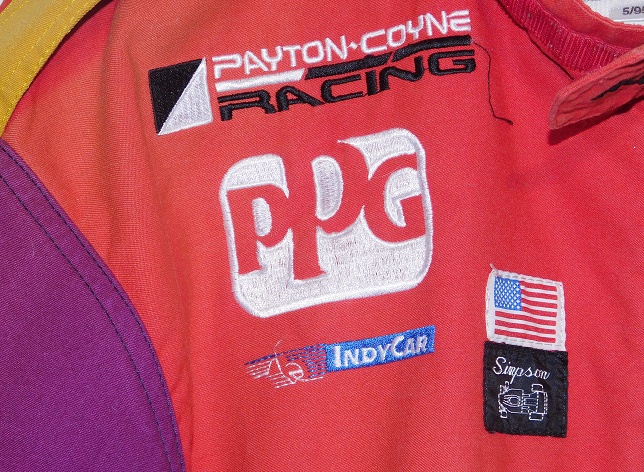 The front torso has no sponsor logos to speak of.

The red belt is unadorned. 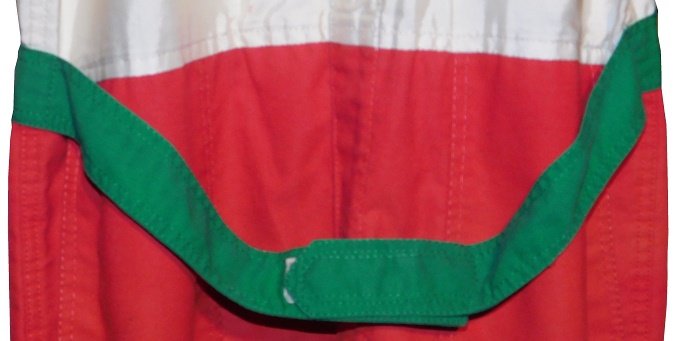 The legs are unadorned, and have standard cuffs.

The shoulders feature FIRESTONE RACING logos embroidered in black, on the yellow material. 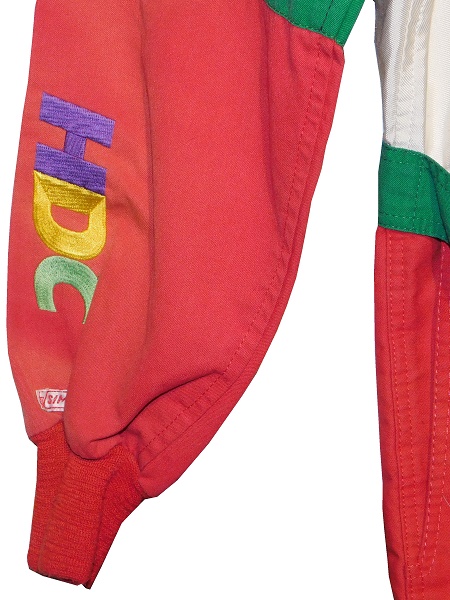 The shoulders feature FIRESTONE RACING logos embroidered in black, on the yellow material. 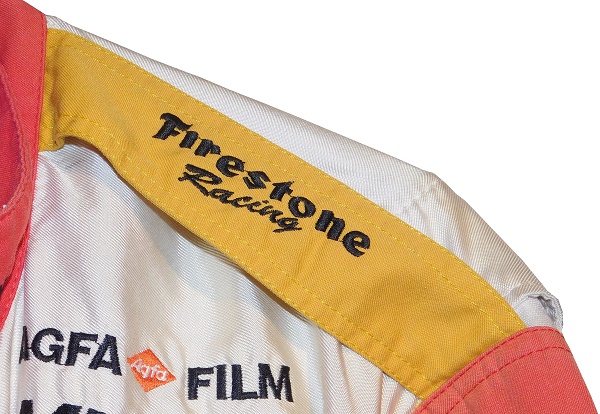 The left sleeve has a SIMPSON logo, an HDC logo, and a VERNON AND SONS INC. embroidered on the upper sleeve, and nothing in television position. 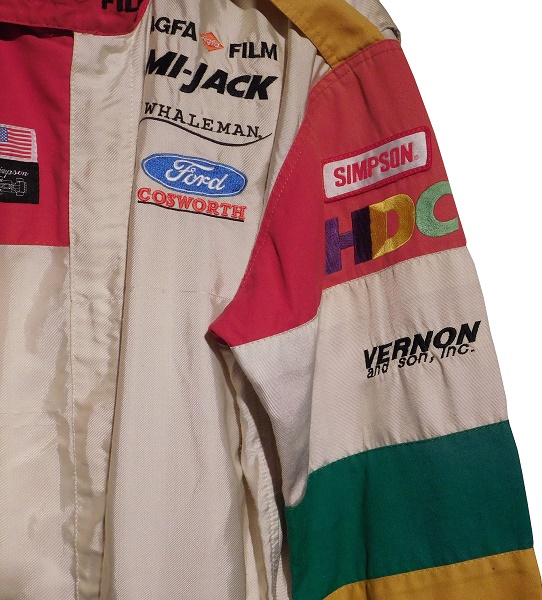 The rear of the suit shows no real wear to speak of.

The back torso has an AGFA-FILM logo embroidered into it.

Walter Payton may no longer be with us, but his memory will never be extinguished. He is one of, if not the first NFL player to own a racing team, something which has become a bit more commonplace in recent years. He is also one of the few minorities who was involved in motorsports, something that, again, is thankfully becoming more commonplace. He was a man of character, and a driven man. He will be missed, and the team he helped out is still going strong to this day.

We are going to go off-topic next week, in discussing something involving my trip to Arizona. See you then.