[Editor’s Note: This was supposed to run last week, but was delayed due to the interviews with Alexis DeJoria and Del Worsham.]

Going off-topic this week. Later today, The NHL Draft took place at The United Center in Chicago. I didn’t attend the event like I did the NFL Draft, but I am a hockey fan. Living in Chicago, I’ve gone to Blackhawk games, and I’ve followed other teams. When I was in college, the Blackhawks had a deal where you could get a ticket for $8. That was also during a time when the Blackhawks were a disaster, and nobody really cared about them.

I’ve also collected some hockey memorabilia. Joining the Blackhawks in 2005, Adrian Aucoin quickly rose up and became the Blackhawks captain. In two seasons, he scored 4 goals, and had 17 assists. During his time with the Blackhawks, he used this stick.

This Reebok 3K stick shows great use, has custom taping, and is autographed, and personalized to me.

Playing with the Blackhawks from 1981 to 1989, Steve Ludzik was a mainstay on the roster. During his career, he also played for the Buffalo Sabres. At some point in his career, he used this Sher-Wood stick, which he autographed on the blade.

Goalie Alain Chevrier had a lengthy career, playing for the Devils, Blackhawks, Penguins, and Red Wings. He had a decent career, nothing really memorable. During his time with the Blackhawks, he used the VIC stick. It shows a lot of use.

While Warren Skorodenski 35 game, 12 win and 11 loss record isn’t exactly memorable, he is known for having the highest save percentage in 1986-1987 while with the Chicago Blackhawks with a .903. During his time with the Blackhawks, he used this Sher-Wood stick, which shows nice use.

Rob Kenny was a minor league hockey player in the late 1980’s and 1990’s. Though he never made the team, he did go to the New York Rangers training camp, and during that camp, he used these nameplates, which were removed from the jersey.

The Fredericton Canadiens were an AHL team that played in Fredericton, New Brunswick from 1990 to 1999. Three of their players were Alexei Lojkin, Nathan Morin, and Gennady Razin. They played at various times, and their nameplates on their home whites were removed. The don’t show any real use.

Shaone Morrisonn had a decent career in the NHL, playing for the Boston Bruins, Washington Capitals, and Buffalo Sabres. He was drafted in the 2001 NHL Draft in the first round, 19th overall. This is the actual draft board from the 2001 Draft, and the first Boston Bruins jersey he signed after being drafted.

I also have a New York Rangers jersey signed by John MacLean and Pierre Pilote.

I used to wear this Jocelyn Thibault jersey to games, and I eventually got it autographed and personalized by Thibault! 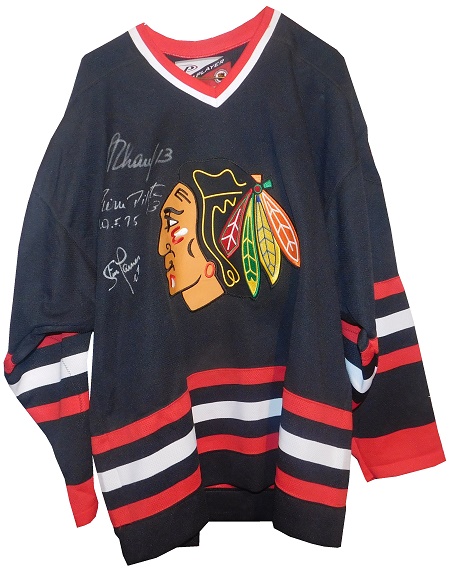 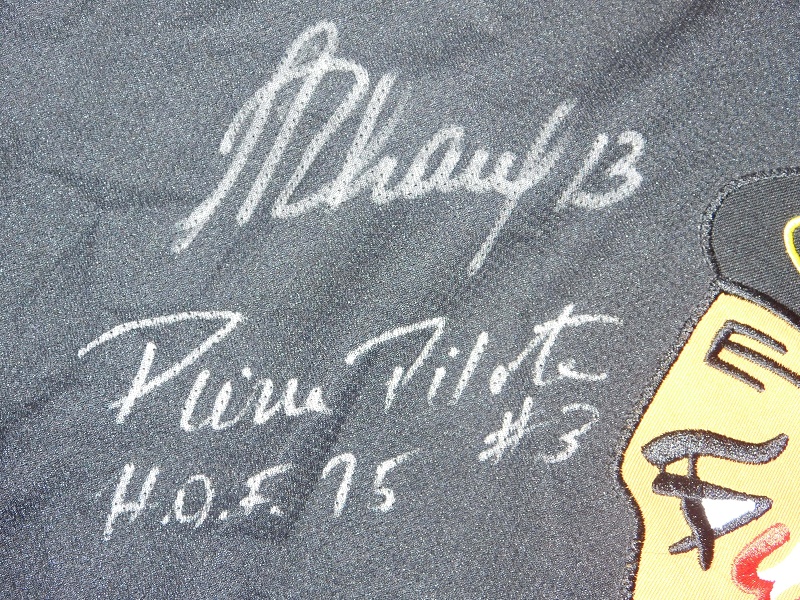 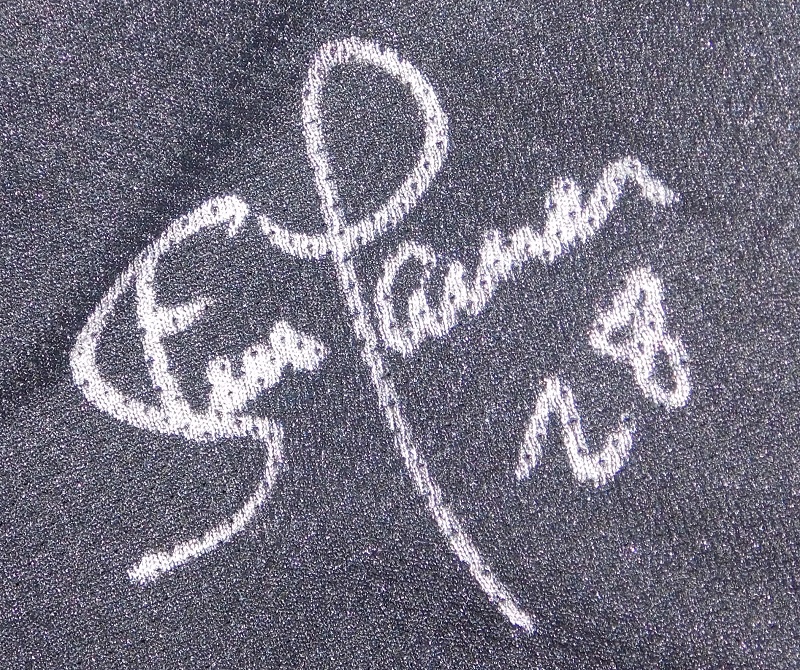 I also have autographed pucks, and flats as well. 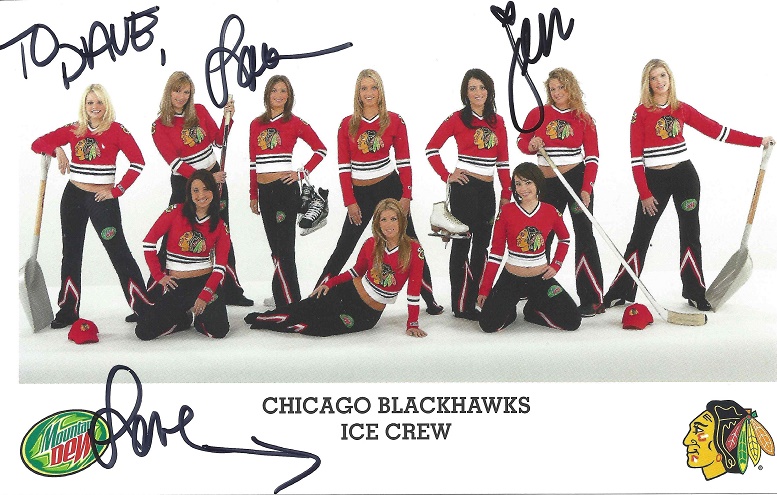 The NHL Draft doesn’t have the reputation that the NFL or NBA drafts have, but for seven rounds in two days, the hockey world will be focused on the United Center, wondering who will join what team. As with all drafts, time will determine if it will be a great draft, or an awful one. We will have to wait and see.

Next week, I’m going to start Minor League Month with a pair of gloves.