James Whitener and Gregg Mixon found GIC-Mixon Motorsports in 2001. Using a series of different drivers, they fielded Xfinity Series teams from 2002 to 2005. The team did not have any success, failing to score a top 10, or even lead a lap. The two owners shut down the team in 2006. Mixon and Whitener would later reunite to found JGL Racing in 2014, which still runs teams today.

In 2003, Mike Harmon raced a number of races sponsored by The FanZCar. One of his crew members was Rodney Shearer, who passed away in 2017. He wore this well-worn Simpson double-layer firesuit for his time with GIC-Mixon, and the suit has been recycled.  The suit shows heavy use with numerous stains and some fire discoloration.

The collar is a standard collar, and has no designs on it.

The cowl has a standard Simpson warranty label, with a yellow piece of paper pinned to it, and an M.T.O 6 tag, which shows heavy use. 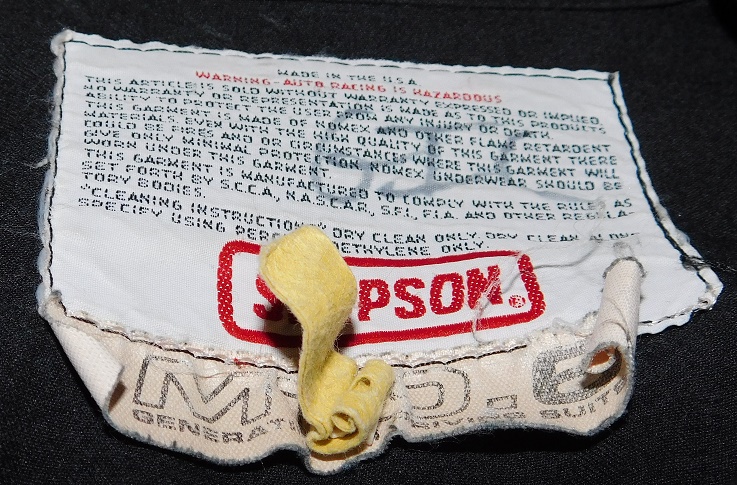 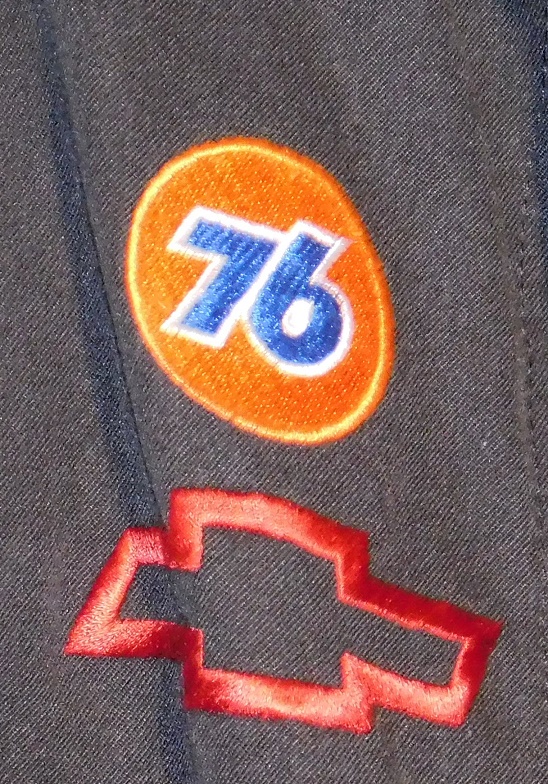 The front torso has GIC MOTORSPORTS embroidered in gold across it.

The belt features RODNEY SHEARER embroidered in white on the black fabric.

The legs feature THE FANZCAR.COM logos in television position, which have been blacked out with Sharpie. The cuffs show light fire discoloration, and have blue and white flame designs. 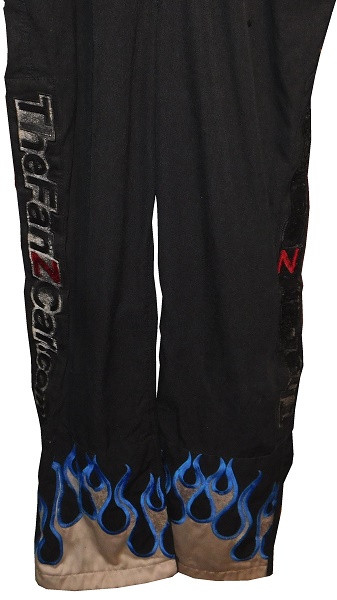 The black shoulder epaulets have GOODYEAR embroidered in white. 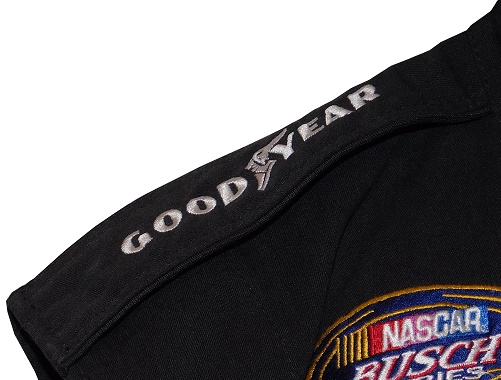 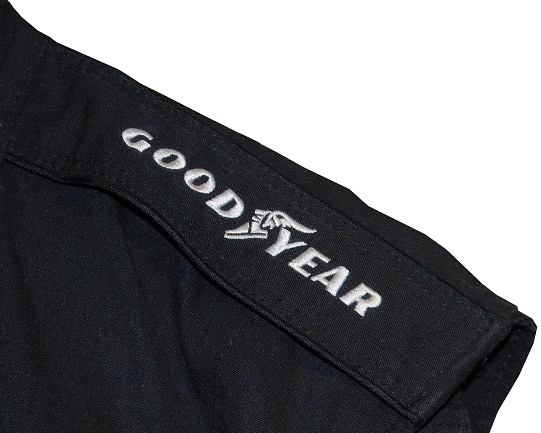 The right sleeve has a SIMPSON patch sewn it, and 44 embroidered. The cuffs have the same flame design as the leg cuffs. 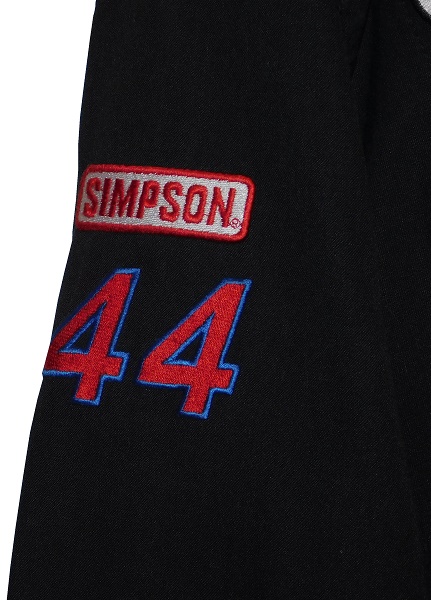 The left sleeve has a NASCAR logo embroidered, a SIMPSON patch sewn it, and 44 embroidered. The cuffs have the same flame design as the leg cuffs. 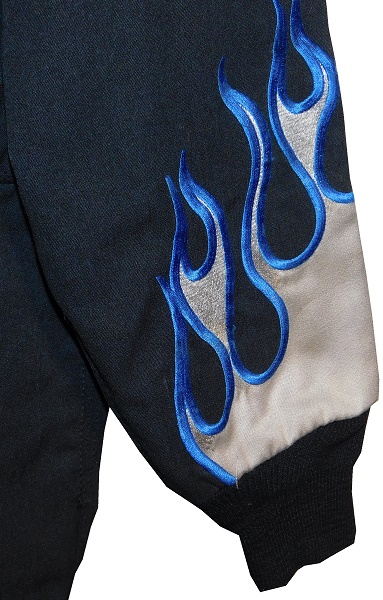 The rear of the suit has some wear, including fire damage on the cuffs.

The back torso features a THE FANZCAR.COM logo embroidered, which has been blacked out using Sharpie. This is so the suit can be recycled.

GIC-Mixon Motorsports was one of those teams that raced and worked hard, but achieved little, if anything. There are many of these teams in the history of racing, at all levels. It’s sad that teams that work hard with little resources don’t get the recognition they deserve. These teams work just as hard as the super teams. They deserve to be spot lighted, and be given the respect that the super teams get regularly. I’m glad that Whitener and Mixon have founded another team.

JGL Racing has been racing full time in the Xfinity Series with a series of drivers, and has 6 top 5’s and 12 top 10’s. They are a team perfectly capable of wining a race in the very foreseeable future. With Kaz Grala as a driver, it should only be a matter of time.

Next week, I’ll revisit a suit that I didn’t research properly.