Ok, I get that last week’s Friday Feature was a long read. I had been wanting to do something like that for a while. Now that the coins are done, let’s pick up the vest project where we left off. Two years ago, I “finished” the vest project with a Serta vest from BAM Racing. Since then, I have acquired a few more vests, including this one from BAM racing. Since it’s pretty much the same vest, albeit with some minor differences, I’m just going to use the article I did for the Serta vest, update with the changes.

This vest is from The Sprint Cup Series, and is the only vest I’ve come across from the Cup Series. It was from BAM Racing in 2006. BAM stands for Beth Ann Morgenthau, the owner of the team. Their racing team started in 2001 racing Fords part time. In 2002, they switched to Dodge, which they raced until they folded in 2008. Their driver lineup included Ken Schrader, 1990 Daytona 500 winner Derrike Cope, and former Truck Series champion Ron Hornaday. Though they had 3 top 10’s with Schrader over the course of three seasons, 2003, 2004, and 2005, they never scored a top 5, or a win.

2006 would be a forgettable year for BAM Racing. Though they tried to start 33 races out of the 36 race season, they failed to qualify for 8 of them, and the ones that they did qualify for, they failed to even score a top 10. During some of those 24 races, a crew member wore this Simpson vest.  Issued to a crew member named R Benton, the vest shows light use.

The collar has no logos on it. 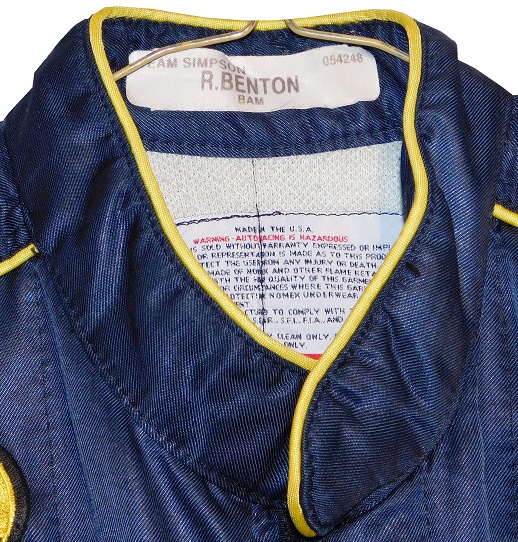 The old Simpson warranty label is sewn into the cowl, along with an identification tag stating that the vest is issued to R Benton.

The left chest features a Dodge logo and an SEM logo.

The front torso has a BAM RACING logo embroidered in white and yellow in the blue background material. 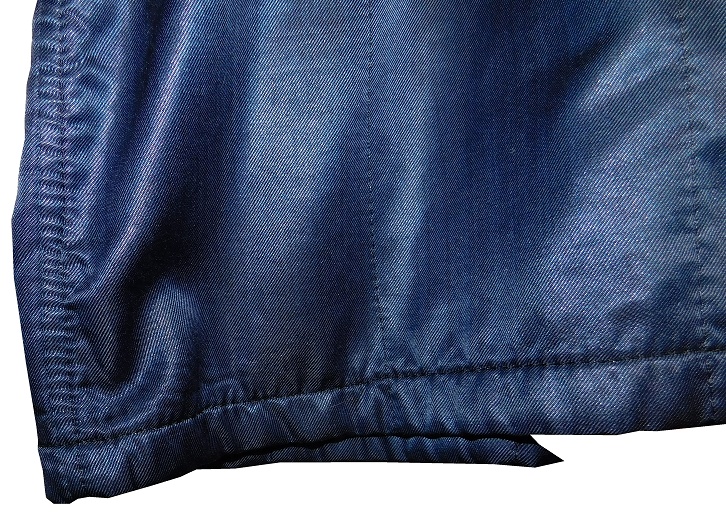 The shoulder epaulets feature Simpson logos, but are otherwise unadorned.

The vest has standard arm holes.

The back of the vest doesn’t show any real wear. 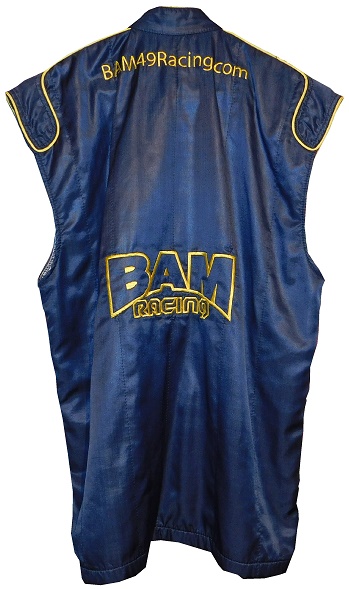 The back of the neck is unadorned, but just below the neck, there is WWW.BAM49RACING.COM embroidered into it.

The back torso features a SERTA logo above a BAM RACING logo.

The vest project will go on, and I do plan on doing more vests in the coming months. I just hated doing vest after vest after vest. I do learn from these vests, and I do enjoy collecting them.

Next week, a pit crew suit from an established Cup team, made by a company I have never heard of.