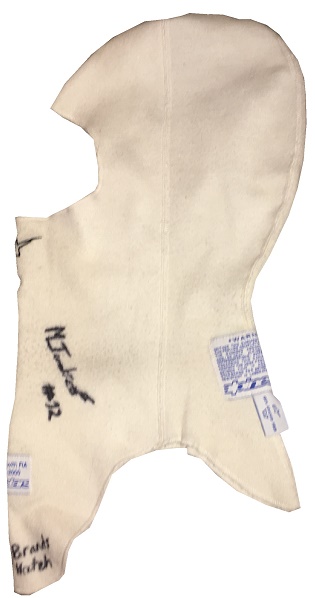 Just a brief one this week, I’ve got some other things that need my attention at the moment.

Hailing from Noville, Switzerland, Mathéo Tuscher won Formula Pilota China in its first year in 2011, at the age of 14. He raced in Formula Two, GP3, the FIA World Endurance Championship, and LeMans.

2012 marked the 4th season of Formula 2. During that season, Mathéo Tuscher raced the full season for MotorSport Vision. He won two races, the first Circuit Paul Ricard, and the second Autodromo Nazionale Monza. He also scored four poles, the first Silverstone, the second Prtimao, the first Paul Ricard, and the first Monza. He also earned 9 podeiums, and finished second in the championship. This Alpinestars Balaclava was worn for at least one of the two races at Brands Hatch in West Kingsdown, Kent, England. This worn balaclava shows a large amount of staining, and has been signed on the right side. 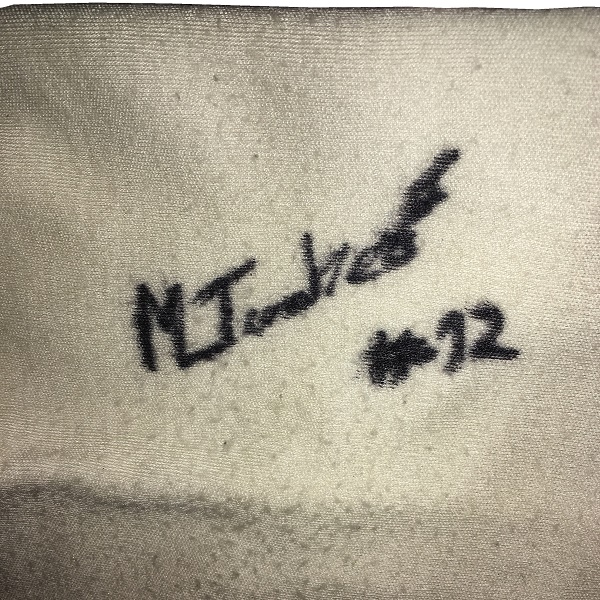 The front of the balaclava has holes for eyes and to help the driver breathe, the FIA safety-certification, and BRANDS HATCH written in Sharpie.

The right side is unadorned, as compared to the other three sides. There is some light staining, which is hard to photograph.

The back of the balaclava features some light stains, and the Alpinestars warranty label, as well as a flag tag. 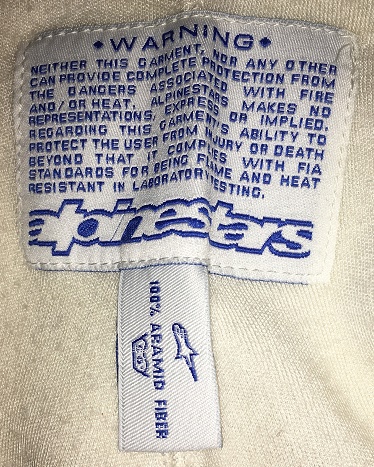 Next week, we transfer from a Formula Two winner to a CART winner.