Editor’s Note: I had an article planned for today, but I decided to save it for the beginning of Little Guy November. As such, I will be revisiting an old article.

Today, I thought we should discuss an item that everyone sees, but not everyone understands…the mighty pit board. Pit Boards are an item that most average collector wouldn’t think that would come up for sale, but they do. I am a proud owner of one myself:

This beauty of an item is from MRD Motorsports, and was used between 2007 and 2009 for Chad McCumbee and Blake Bjorklund, among others. Made from a thick plastic inside, with the color design made with a plastic similar to many campaign signs, it shows very nice use, with scratches and scuff marks. There are two types of pit boards. One type hangs above the pit lane, to help indicate to the driver where his pit is. This board almost always has the car number and holes cut into it to cut down on wind resistance. This is an example of one used by MRD.

The other type, like the one shown above, is to indicate to the car where to stop in the pit. In years past, a crew member would stand behind the board and the car would drive up to him. Since this was as dangerous as one thinks it is, in the 1990’s, pit crews switched to the “lollipop” form still used today. The board is held on a long pole and held where the driver can see and hit it to stop.

Boards are often customized to driver preference. Kevin Harvick is known for his “Happy Face” pit board. Some drivers use sponsor names, other use car numbers. It all looks confusing on pit road sometimes. In this example, the MRD Motorsports board has the car number design on it. This board shows where the pole was attached to the board.  It also shows numerous scratches and scuff marks from race use. 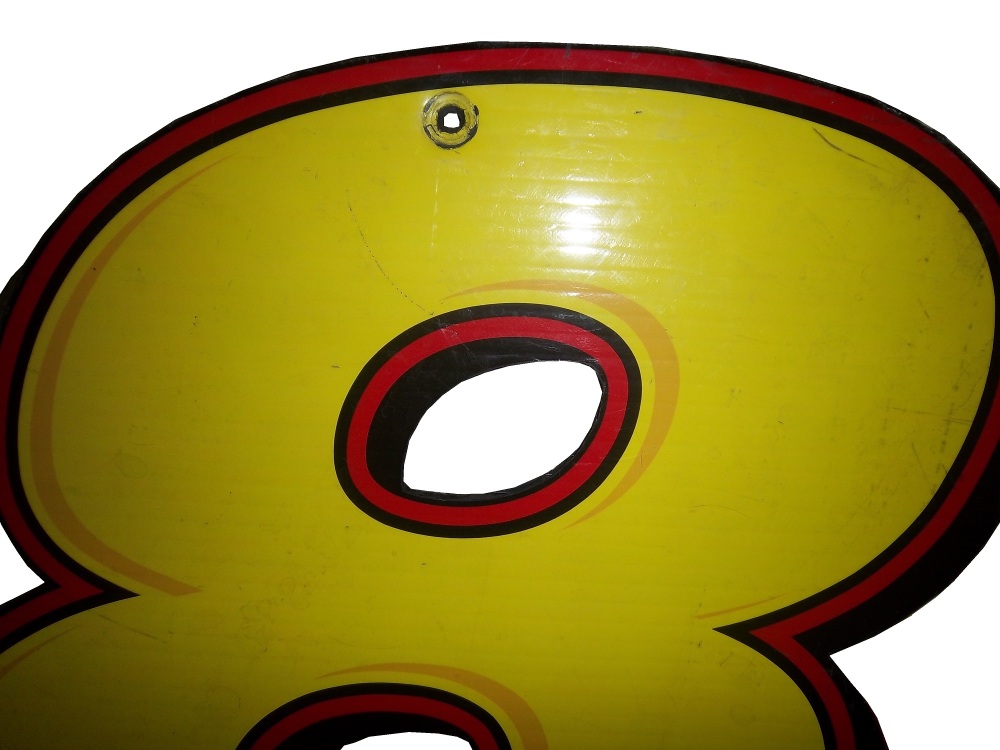 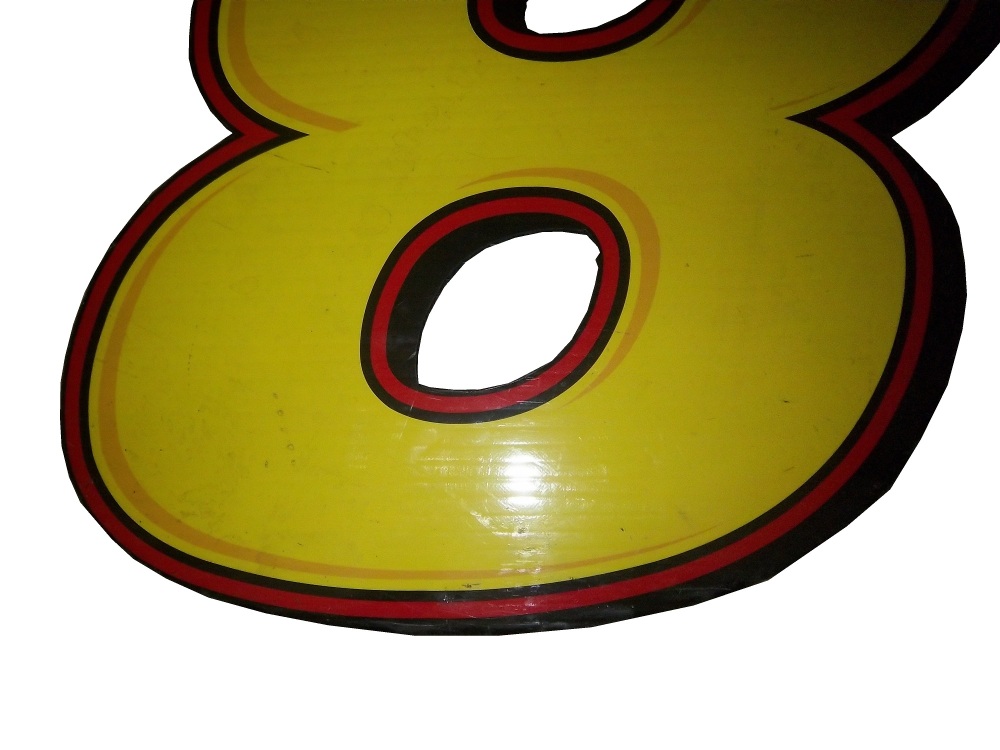 The back of this board is plain black. That is due to MRD being a low budget team, with limited resources.

Ok, with that out of the way, we will start Little Guy November a week early next week!