Hailing from Chesapeake, Virginia, Ashton Lewis Jr. was an American driver with a lot of success on road courses. He raced in the Barber Saab Pro Series in 1992, before getting a scholarship in the British Formula Ford Championship. He made his Xfinity Series debut in 1993, and raced until 2006.

In 2004, Ashton raced for Lewis Motorsports, owned by his family. He had a decent season, scoring 3 top 5’s and 8 top 10’s in 34 races. He also finished 6499 of 6684 laps for a lap completed percentage of 97.2%. During that season, one of his crew members wore this Simpson helmet. The helmet is in decent condition, with the radio removed.  The left side shows some scratches.

Near the front on the left side is where the microphone was. There are some small holes where it was removed. 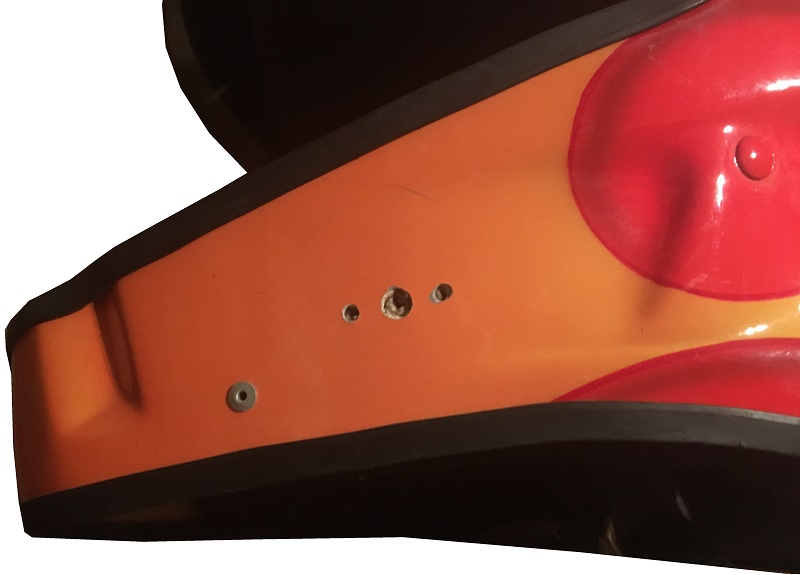 The front doesn’t have a face shield, but it does have a visor to keep the sun out of the wearer’s eyes.

The right side does show some scratches as well.

The back has a lot of scratches, and one very large black scuff mark.

The top shows some minor scratches.

The inside has fire resistant padding, and the radio equipment has been removed. 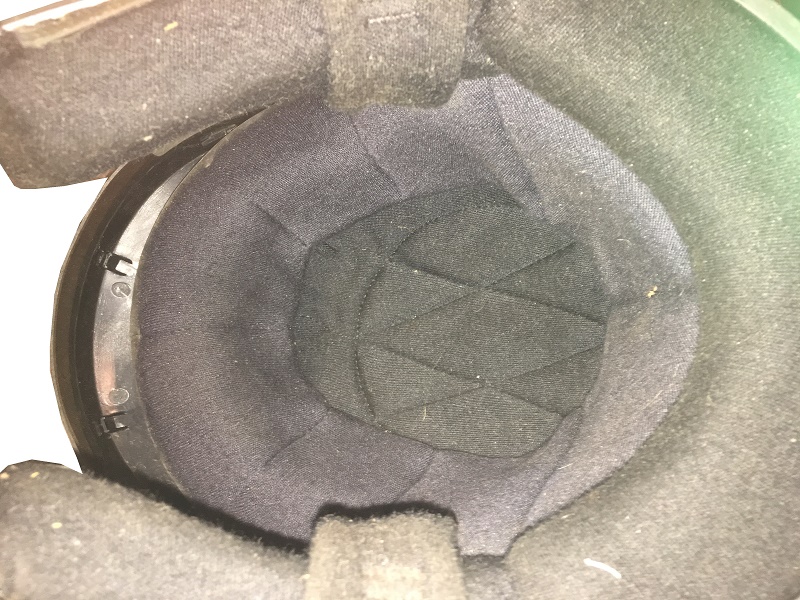