The 2015 Toyota Pro/Celebrity race is behind us. It was a good one for sure. It had a decent amount of talent, including:

In a 10 lap race that saw some crashes and some great racing, Alfonso Ribeiro was the overall and pro winner, with Dave Pasant wining the celebrity category.

When you race in the Toyota Pro/Celebrity race, you get to keep your driving gear. I discussed this in my Steve Lundquist article. He won two gold medals in the 1984 Olympics in swimming, then came back and raced in the 1985 event. The competitors are given special training and safety instructions. Even though there have been a decent number of crashes, no serious injuries have occurred.

This single layer suit shows heavy use, with stains and scuff marks on the arms. It has a nice vintage look to it.

The cowl contains an older version of the Simpson warranty label. 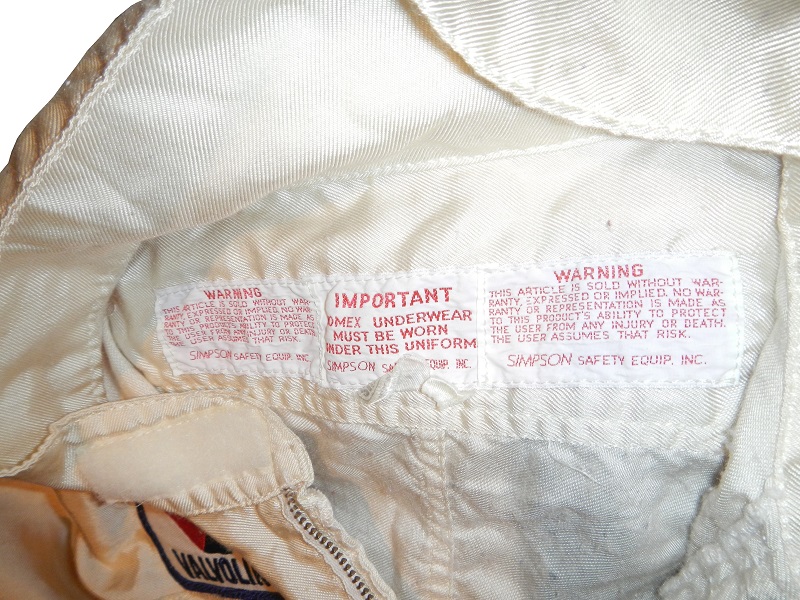 the right chest features a VALVOLINE logo and STEVE LUNDQUIST embroidered into it. 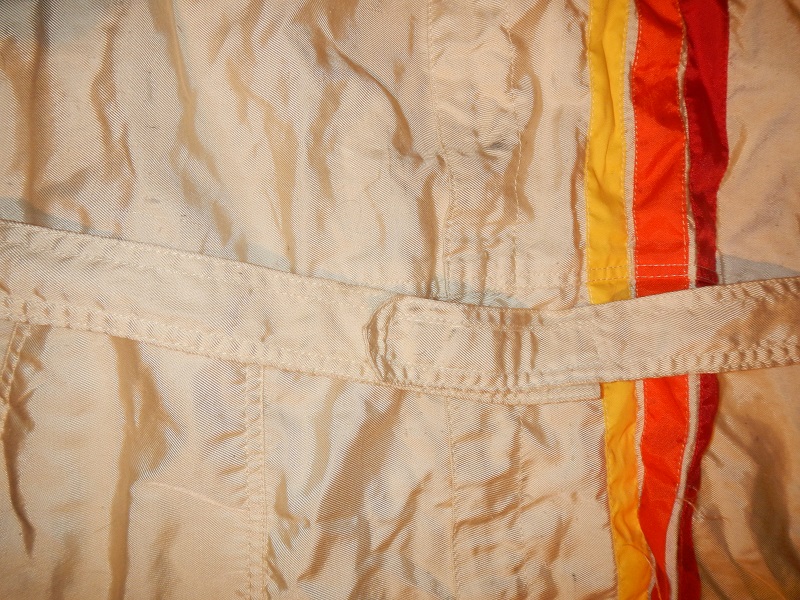 The rights shoulder does not have an epaulet, or any adornment.

The right sleeve has an EARL’ S patch and a BLISTEN SHOCK ABSORBERS patch. There are no logos at the end of the sleeve, and heavy wear on the back of the sleeve. 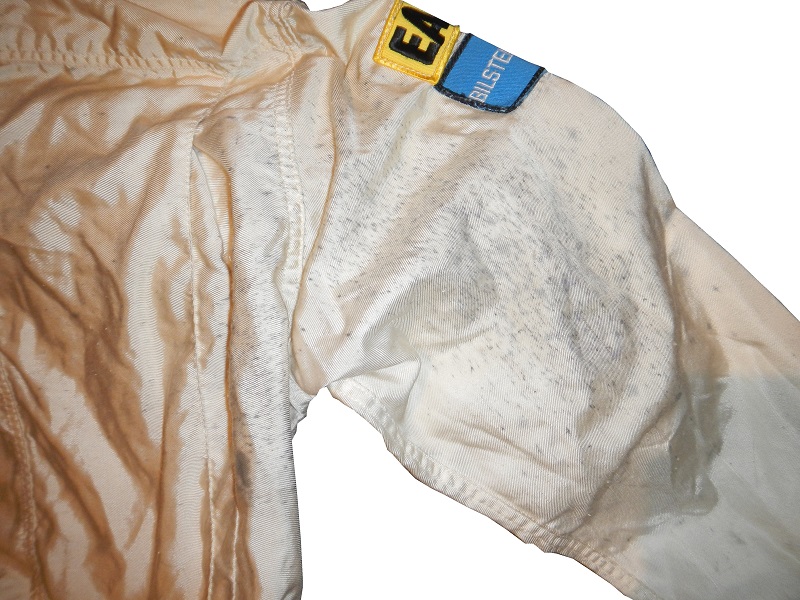 The left shoulder, like the right shoulder does not have an epaulet. The stripe pattern terminates at the hem of the shoulder.

The back of the suit shows no real wear, and has no patches or design present.

This set of orange gloves came with the suit.  They show decent use. 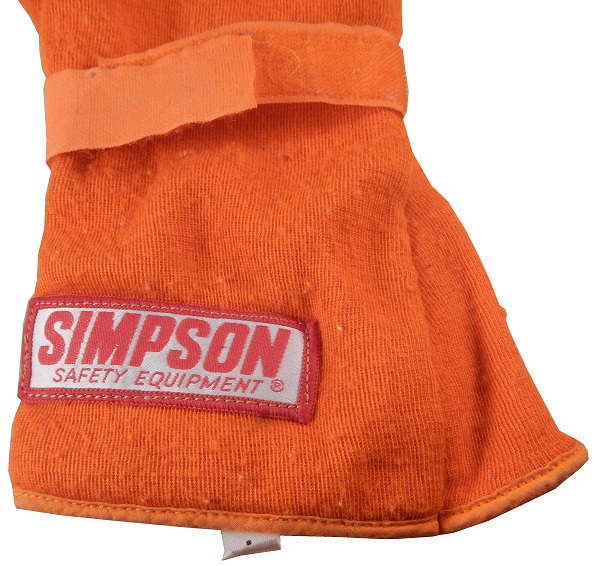 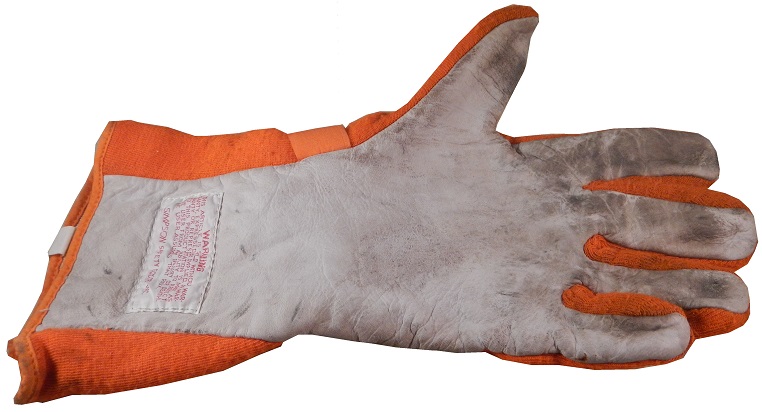 These come up for auction every now and again, and I personally like them as they are racing memorabilia and celebrity memorabilia at the same time.